The Secret World Behind Disney

Recognized and admired worldwide Disney World’s success is tied to a powerful organizational culture that’s based on the same principles of excellence that guide the Disney Group.

Surrounded by this information-rich environment, Disney has inspired thousands of professionals the world over to update and perfect themselves at the Disney Institute. Today they extend this opportunity via the Disney Youth Education Series, a program that offers youth from diverse countries knowledge, inspiration, and entertainment.

With learning activities and guided visits behind-the-scenes, participants have the chance to learn relevant aspects and see close-up the operation of this major, worldwide entertainment company.

With innovation in mind, The Boston Cambridge Institute for the second consecutive year announces that registrations have opened for “BCI Learning Experience at Disney 2018/2019 – The Secret World Behind Disney” with trips in January and July 2018. Directed toward youths from 9 to 17 years, the program offers the participants a unique and impactful learning adventure.

The BCI Learning Experience at Disney takes participants backstage at its Florida parks with on-site sessions about Disney’s operating structure, in addition to educational activities focused on physics, chemistry, technology and personal development.

10 “learning activities” are programmed, including 6 at Disney and 4 in other special locations (Universal Studios, NASA, Microsoft, and Full Sail University) occurring primarily during the mornings. After the learning activities, there’s plenty of time for participants to have fun and take full advantage of their break from school back home.

Entertainment and Leasure Activities (other tours and visits)

Downtown Disney, Disney Springs, City Walk, The Mall at Millenia, Orlando Eye, NBA Basketball (depending on the season – only during the January 2019 program), among others.

In addition to the incredible Harry Potter attraction at Universal Studios, participants would also be able to visit the new Disney’s Animal Kingdom (PANDORA – The World of AVATAR). 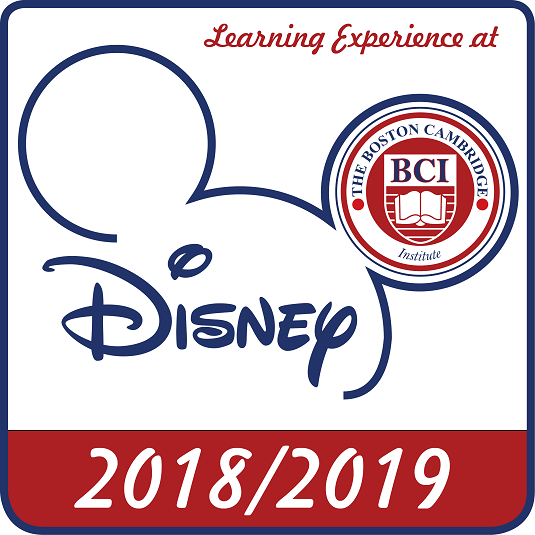 Take advantage of the magic of Disney to make your learning experience even more impactful!

An Institution of educational and cultural character that’s dedicated to the promotion of knowledge and human improvement through differentiated offerings (programs, workshops, unique and competitive courses) that add value to the lives of students and professionals.